What Is Color Gamut? Everything You Need to Know About Color Gamut and Printing

Color gamut is a common term in the printing industry. Generally, the term refers to the range of colors that the human eye can see. When describing a printing system, such as a UV-LED printer from Mimaki, it refers to the colors and tones that individual printing systems (or target devices) can achieve. 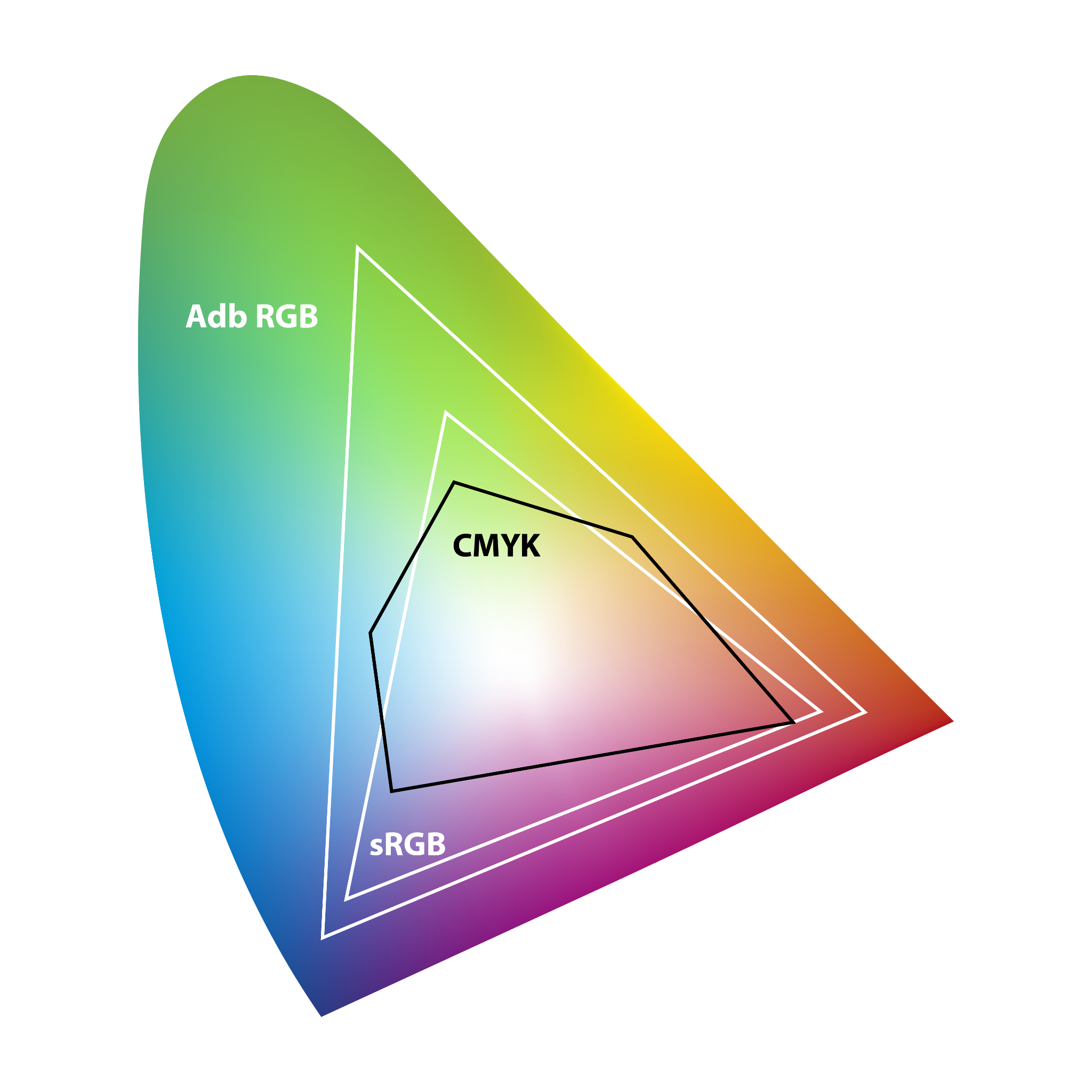 In nature, the range of color shades is infinite; a human eye with four color cones can see roughly 100 million of them—however, just 1.36% of the world’s population has true four-color vision!1 For the rest who aren’t tetrachromats, it’s impossible to visualize colors the brain hasn’t seen—and a color gamut can only include the visible color spectrum (an important note for designing a printer).

Every computer screen has its own color gamut, or the range of colors it can display. It has red, blue, and green pixels. The combination of these produces images, and the purity and brightness of the pixels determine how crisp each image looks.

For printing devices, black, cyan, magenta, and yellow inks are used to reproduce color. These inks have key attributes, including hue, saturation, and lightness, that give the printer its color gamut. A monitor that displays red, green, and blue (RGB) has a larger color gamut than most printers, so a printed image will often be less vivid than it looks on the computer screen. Printers use CMYK inks, so images must be transformed from one color space to another, which requires a fair degree of approximation.

There are times when a color is considered “out of gamut.” This means it cannot be converted properly. Plus, there are the limitations of the human eye, which only sees the visible spectrum of colors, whether in nature or on printed media. Color coverage is a system’s ability to replicate colors from its source; color gamut refers to the actual colors.

A printer, to produce a visually appealing image, must produce colors the human eye and brain can interpret. This is a challenge since we cannot actually recognize bluish yellow or reddish green—even the newest technologies are therefore limited in generating artificial visuals in such detail.

Here’s a unique fact about printers. Even the most advanced printing systems don’t produce every color you see on an image. They typically use only four colors—again, black, magenta, yellow, and cyan—and combine them to generate a wider range of colors. Some printers, such as the 3DUJ-2207, can produce 10 million or more colors this way. Mimaki also offers printers that have 8-color cartridges; the OKI ColorPainter H3-104s has yellow light cyan, gray/light gray, and light magenta in addition to the standard four.

Color standards provide a framework for generating colors by mixing others. The individual device itself doesn’t set the standard for creating a visual explosion of color. Instead, it is designed to follow a particular framework. For this, the following color standards are used:

Each color standard uses a color gamut that looks sort of like a graph. However, except for lines or bars, it puts colors in their own position on the X and Z axes. Most of the standards were created prior to the most modern technological advances, so they were limited in that regard. For the most part, limits on color gamut have lifted with the availability of OLED technology. Aside from screens, the latest developments are proving to yield more accurate printing and take production to a whole new level. 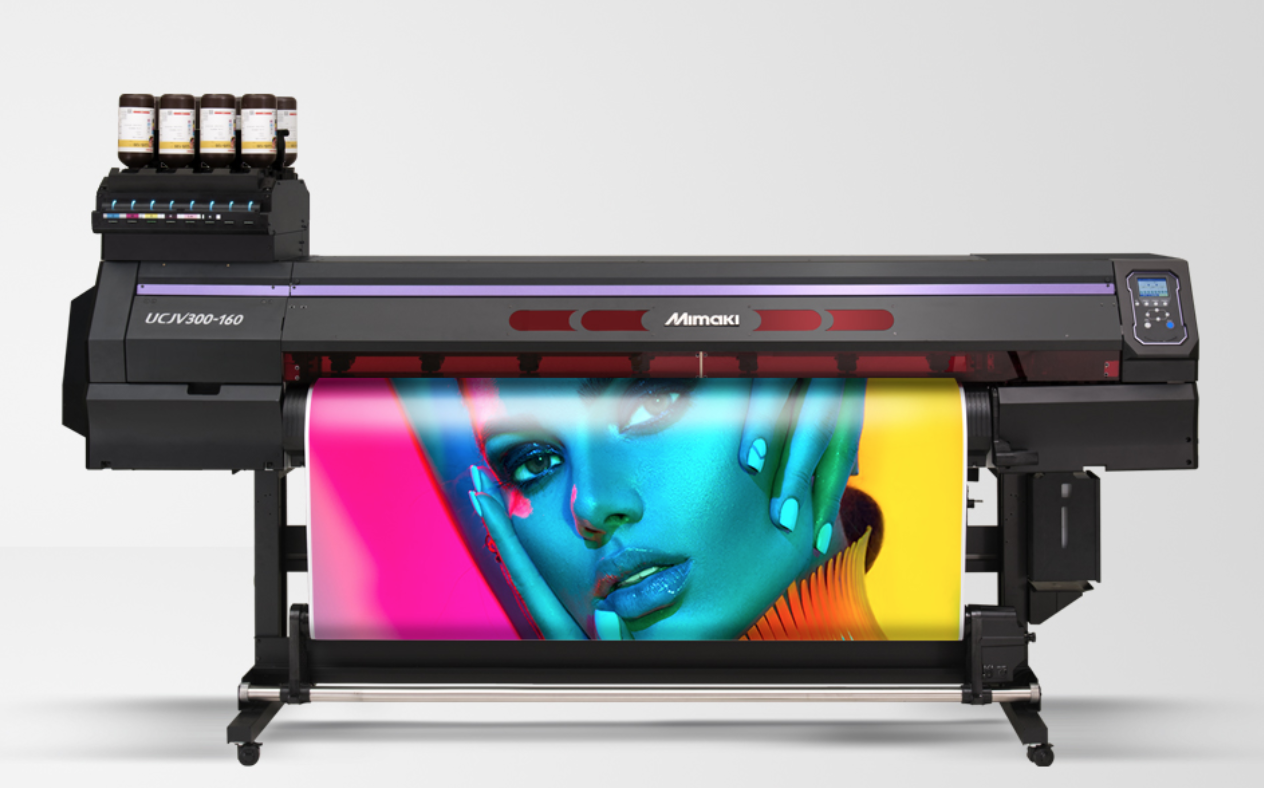 It and the CJV300 Plus series go beyond a broader range of colors and include the Mimaki Advance Pass System 4 (MAPS4). Aside from color gamut, this technology uses an advanced algorithm to yield a sharp output at high speeds. All tones, solids, and gradients are smooth when it is combined with Mimaki Variable Dot Technology that refines ink droplet size for smoother color reproduction and finer detail.

Mimaki offers a range of other technologies in our printers that further maximize print quality. Therefore, a wide color gamut isn’t the only aspect of our products that is getting attention. To learn more about our advanced printing systems, or receive professional support, call 888-530-3988 today.

Let Us Call You